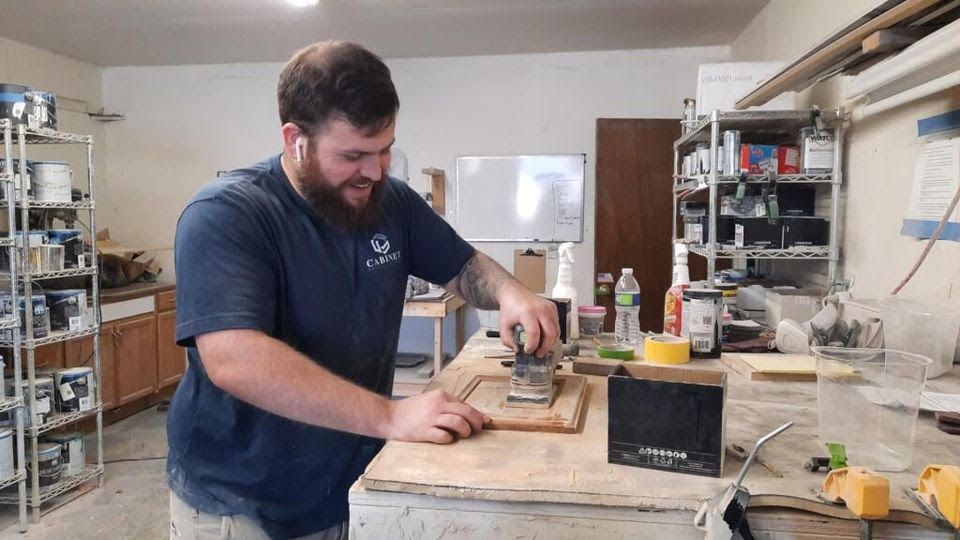 Billy has been with us since April 2021 and is thriving. Before joining our crew, Billy served the U.S. Army as a Forward Observer with the rank of Sergeant.

He is the proud father of two young children and loves to take them to the park, read them stories, and play outside.

His favorite aspect of the work here at CCF is spraying the coating and the most challenging part is the many hours during prep while standing on his feet.

The guys in the shop see him as a good friend and a positive person to be around. From joking with each other to talking about music, he never fails to make people smile. All the while, his work never slows down and he always sees a task through until the end.

He has a rare ability to keep things in perspective that is incredibly refreshing. When we brought this up to him his response was “Yeah, I think that's true...when you've seen some of what I have then little things that bother other people just don't phase me." Billy was deployed to Afghanistan to serve our country in 2016-2017 and during that time, even basic needs weren't always met. "No warm showers or hot meals for many days" is a minor inconvenience for them but nearly unheard of in the states.

Billy, Thank you for the opportunity to serve customers alongside you.